We are going to have a little fun to kick off the new year with an un-official Australian Open mixed dozen. We are representing 12 of the countries playing one of Tennis's greatest contests and the world most fun Major. We may be a little biased there, but there is no doubt it's a ton of fun to watch the spectacle over two weeks play out. This is a gruelling tournament but one that is often full of surprises and never seems to fail to entertain no matter what the outcome. So we wanted to emulate that in this first dozen of the year. There are a few twists and turns in this dozen, along with some favourites and even a couple of shots down the line you may be surprised about.

We hope you enjoy this as much as we enjoyed putting this together. Plenty of thirst quenching bottles to get you by as the tournament roles on.

Australia - Head Cellar Reserver Shiraz 2018
Ash Barty Ranked 1 - Its a Barty party! Fantastic to watch and is only going to get better. So humble to boot. Looking for an Aus Open win and the preperations look good!

Italy - Dirupi Rosso di Valtellina Ole 2016
Camila Giorgi Ranked 48 - Italy's top ranked female tennis player. A powerful serve and strong forehand game. Get her on a good day and you are going to have a tough match.

Germany - Wittman 100 Hugel Rielsing 2018
Andlique Kerber Ranked 12 - Solid all rounder and even with a few upset losses a formidable opponent you don't want to take your eye off.

Japan - Kenbishi Kuromatsu Sake
Naomi Osaka Rankes 3 - This lady is a gun! A rocket serve and raw power. She is has upped her mental game and her current ranking shows it. Watch out!

Spain - Mesta Verdejo 2018
Rafael Nadal Ranked 1 - Well, who else could we chose? His record speaks for itself and always a consummate professional.

Portugal - Prats and Symington Douro Prazao de Roriz 2018
Joao Sousa Ranked 60 - A strong serve and forehand combo. Sousa has said the forehand is his favourite shot and that he prefers playing on clay courts - not a surprise as he is also an excellent doubles player.

Belgium - St Bernardus Tripel
David Goffin Ranked 11 - Another solid opponent just outside the top 10. A strong baseline game and one of the bet returners on court.

USA - Underwood Oregon Pinot Noir 2017
Serena Williams Ranked 10 - Will go down as one of the best players in the world in either mens or womens tennis. Hard to fault any part of her game physical or mental. She may be 10 now but can imagine that won't last long.

Greece - Thymiopoulos Young Vines Xinamavro
Stefanos Tsitsipas Ranked 6 - He blasted on to the scene in 2018/2019 with a semi-final showing and upset no.3 ranked Roger Federer only to lose to Rafa. At 21 and now ranked number 6 there is plenty more to come. Watch this space.

France - Zind Humbrecht Pinot Blanc
Gaël Monfils Ranked 10 - How could we not include one of the most entertaining to watch tennis players on the circuit? How he slides on hard-court like its clay is always a treat. 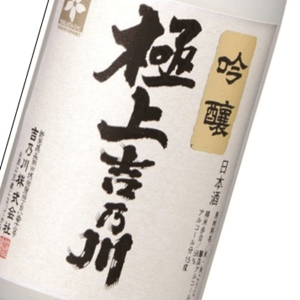