The store will not work correctly in the case when cookies are disabled.

A Quick Guide to Tackling Tuscan Reds
Tuscany is the jewelled heart of Italy, a cornucopia of beauty, food and wine surrounds at every turn. The endless rolling hills dotted with cypress and olive trees, the perfectly preserved fortress villages, the food, the wine, the light, the renaissance treasures that seem to inhabit every village. They all conspire to form an indelible and seductive impression on you. One that really lasts and is hard to shake. While sangiovese reigns supreme, its varied expressions throughout the region will keep you on your toes. Here’s a quick guide to help you navigate Tuscany: Chianti Classico The original Chianti heartland, denoted by the ‘classico’ title, represents just one of the seven subzones of the larger Chianti zone. With the best soils and exposure points from all the rolling hills, sangiovese is the lead grape usually with a splash of caniolo, mammolo, cabernet or merlot. These wines are refined and elegant with some tell-tale tannin for anchoring. While they’re lovely to drink when young, they also age beautifully taking on tobacco tones and a finer tannin. Wines to try: Querciabella, Podere Le Boncie Le Trame, Felsina Shop Chianti

Brunello di Montalcino
With a relatively short history Brunello di Montalcino became Italy’s first DOCG in 1980. As seems to be a common theme in Italian legislation, the classical region was expanded to meet a surging demand for these ripe and suave wines. Made from 100% sangiovese (don’t mention the Brunellogate scandal) these are powerful expressions built to last.
Rosso di Montalcino is the junior version of Brunello, often made from declassified Brunello fruit. They are not as robust in style, making them more approachable in their youth, and very good value!

Bolgheri
Without a winemaking tradition Bolgheri, on the Tuscan coast in Maremma was free to do as it pleased. And that it did. Cabernet franc and cabernet sauvignon were amongst the first vines to be planted for a wine christened Sassicaia (‘sasso’ means rock). In 1978 Sassicaia took top honours in a Bordeaux blend tasting which propulsioned it to world-wide fame. This led to the rise of the Super Tuscan phenomenon and eventually its own DOC status in the 90s (DOC Bolgheri).
In terms of grapes there is some sangiovese and canaiolo, but the majority are non-Italian (cabernet sauvignon, cabernet franc, syrah and merlot). Though the reds are not made from traditional Italian varitietes they have an Italian DNA thread that charms. It’s hard to pin-point exactly but they have a way with tannins.

Morellino di Scansano
At the southern end of the Tuscan coast, the region Morellino si Scansano sits. Sangiovese is guised in the local strain called Morello – hinting at the darkness of the wine. It forms the base of the wine and is blended with grapes such as mammolo, canaiolo nero, ciliegiolo, cabernet sauvignon and more.

Other Tuscan wines to try: Petrolo, 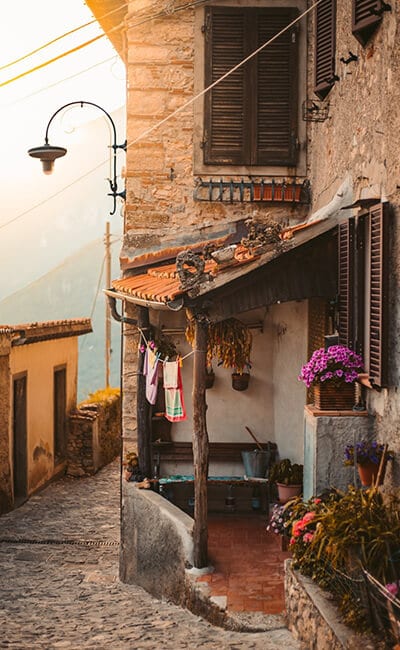