In a world of smooth, rounded, velvet-lined wines, the wines of Jura stand out as jagged and resolute, like many of the most interesting winemakers. ERIC ASIMOV, New York Times

Too polished, some have said about the wines made by Guillaume, Marquis d'Angerville, and his partner in the Jura – and régisseur at Dom d'Angerville in Volnay – François Duvivier. I couldn't agree less. They are stunning wines; polished, yes, but with all the freshness and character of the Jura's best, like polished diamonds. JULIA HARDING, MW

Along with Pierre Overnoy and Jean Macle, Jacques Puffeney was one of the diehards of the past generation. They were, if you will, the three musketeers of their generation, fighting for quality in an era in which price and volume ruled. Not only were they at the forefront of more organic ways of farming, they also introduced low- and no-sulfur regimes that not only inspired the current generation of winemakers but have also become almost the norm in the Jura today. JOEL PAYNE, vinous.com

The Jura is a world unto itself. It’s a melting pot of curious whites and reds, many you’ve probably never heard about. A narrow valley wedged between Burgundy and Switzerland, this is countryside filled with limestone cliffs and hillocks upon which the best vines are planted. These wines are tangy, complex, pure and delicious.

The whites provide a gamut of styles from the fresh and crisp savagnin and chardonnays topped up (ouillé), to the oxidative, rich and nutty styles left purposely under-filled to encourage flor development. Minerality is a recurrent theme, threading the whites together.

As for the reds, their lively and crunchy personalities refreshingly resonate, just don’t be fooled by their paler profiles.  Poulsard (or ploussard), pinot noir and trousseau are the regional specialties.  They possess a delicacy and earthiness rarely seen paired together.

These wines are hard to find. Jura represents a minuscule .2% of France’s output. And nearly all are drunk within the region. Incredibly they’ve garnered a huge following recently, especially in the wine bars of Paris and New York.  Here’s your chance to taste the delights of Jura.

Jacques Puffeney, known affectionately as ‘The Pope of Arbois’ is one of Jura’s formidable figures. Inquisitive and travelled, his quest for defining Jura wines was his dogma.  Retiring in 2014 and with his children not wanting to take the estate reigns, many were vying for his precious plots.

His legacy lives on in two facets. Firstly, the lions share of his vineyards were leased long-term to Domaine du Pelican (owned by Guillaume D’Angerville – of the esteemed Burgundy estate Marquis D’Angerville - and his winemaker Francois Duvivier).  Duvivier used to hike the hills of Jura with his family as a child, his eyes light up when talking about the wines.

Secondly his nephew, Frederic Puffeney was given a hectare of vines and takes Jacques’ counsel regularly on both viticulture and winemaking fronts.

This ‘Jura Six Pack – Puffeney lives on’ is your gateway to the Jura, focussing more on the fresher styles the region has to offer.  Six table wines, three whites and three reds from Domaine du Pelican and Frederic Puffeney. It covers the main grapes of the region – chardonnay, savagnin, ploussard, pinot noir and trousseau. And a blend of chardonnay and savagnin where flor has enrichened the wine.

Established in 2012, Domaine de Pelican took over Puffeney’s vineyards and converted them to biodynamics. Though to be honest Puffeney had never used chemicals in the vineyard. The prowess of a top Burgundian estate, Domaine d’Angerville and one of Jura’s finest, Jacques Puffeney united to form a venerable force. Pelican also acquired prized plots from François de Chavannes of Château de Chavannes. With a source of some of the best sites, thoughtful winemaking and a new winery in the making, the future is bright for Pelican.
​​
We were lucky to visit the estate last March (see Michael below in beanie) where we tasted and toured the vineyards with Francois.  The energy and depth of these wines was infectious and thrilling.  The comments of Julia Harding MW rang true, 'They are stunning wines; polished, yes, but with all the freshness and character of the Jura's best, like polished diamonds.'  They had the heart of Jura with the precision of Burgundy.​​​​

Frederic Puffeney set up his domaine in 2006 in Arbois. Nephew of Jacques, over time he has garnered a collection of prized sites and knowledge from his uncle. Add to this a hectare from his uncle Jacques when he retired. These wines are lively and fresh with a Jura thumbprint of crushed rocks and salinity in the whites and freshness and clarity in the reds. They offer old school charm with a set of fresh eyes.

Frederic's holdings total 3.4 hectares around Arbois, 60% planted to red varieties - ploussard, trousseau and pinot noir, and the rest to savagnin and chardonnay. Some grapes are sold, depending on the vintage - Frederic's winery is not large enough to vinify a full harvest of his 3.4 ha, but that's usually not a problem as ploussard and savagnin in particular are horribly susceptible to frost. 2018 was a promising harvest and some fruit was sold but many were lost in 2019 and 2020.

As Jura lies in the Franche-Comte region, the sweet and savoury flavours of Comte and its cousins like Morbier (above), marry well with the nervy and minerally whites and reds of the region. So fill your fridge with Comte and grab a Jura Six Pack Sampler. Here's what is included: Read on to find out the line-up of wines included.

The 2018 Arbois Savagnin Oiullé is fabulous. It presents a beguiling mélange of dried apricot, white flowers, crushed flowers, marzipan, sage and chamomile. The savory profile works so well with the wine’s oily, textured feel, while a hint of reduction adds character. Even with all of its obvious exotic character, the 2018 retains more than enough freshness and minerality to give the wine a real feeling of vibrancy that is impossible to miss. Quite frankly, this is an eye-opening wine. ANTONIO GALLONI, vinous.com

2017 Frederic Puffeney Chardonnay SHELF PRICE $48
Chardonnay is the most widely planted grape in Jura. It thrives in the clay-rich marl soils of the region which are derived from the Early Jurassic epoch.  It mirrors the soils it’s grown in, and the resulting wines capture the terroir beautifully.

This vibrant and tightly wound rendition has the Jura thumbprint of salinity with a richer texture of hazelnuts woven in. From the more classical 2017 vintage, this linear wine unfurls with a little time in glass. GABRIELLE POY, PWS

2018 Frederic Puffeney Tradition SHELF PRICE $55
A blend of one-third savagnin and two-thirds chardonnay. The chardonnay is aged in old oak and topped up, while the savagnin is kept under flor in barrel. They are then blended together and magic happens.

Razor like chardonnay is tamed with a nutty and fuller core of savagnin. Together these flavours and textures complement creating a harmonious wine of breadth and drive. Signing off with a tail of saline acidity really gets the taste buds going. Pass the 44 month Comte please! GABRIELLE POY, PWS

2018 Domaine du Pelican Arbois Pinot Noir SHELF PRICE $110
Pinot noir was borrowed from neighbouring Burgundy, but it has been in Jura since the Middle Ages. The denser soils of Arbois While pinot noir is a strength of Domaine Marquis d’Angerville.

The 2018 Arbois Pinot Noir is the first Pinot Guillaume d'Angerville made at Domaine du Pélican. Beautifully lifted in the glass, with effusive aromatics, the 2018 is an absolute delight to taste. Crushed red berries, blood orange, cinnamon and rose petal all grace a Pinot that impresses for its exquisite balance and total class. A whole range of bright, saline notes extends the finish while adding notable vibrancy. I can't wait to see how it ages. ANTONIO GALLONI, vinous.com

2018 Frederic Puffeney Ploussard SHELF PRICE $48
Ploussard also goes by the name poulssard.  A rare specialty of the Jura, ploussard makes pale coloured reds that are precocious and crisp with a cleansing cut.

Tart red berries and herbal notes lure you in and carry through on the palate. Skeletal and fine with just enough flesh and flavour.  It surprises with depth, and finishes off with each sip inspiring the next. GABRIELLE POY, PWS.

2017 Frederic Puffeney Trousseau SHELF PRICE $61
Trousseau is the deeply coloured, perfumed and powerful Jura red. It has DNA links to Portugal’s bastardo grape. In its youth, it offers an opulent flourish of fruit, florals and earth, ribbed with chewy tannins. With age savoury tones of leather and tobacco

This trousseau invites with dark fruits and an inky core offset by floral top notes. There’s a lovely chewy charm of tannin that carries the flavours of the wine on and on. GABRIELLE POY, PWS​​​

We’re offering over 20% for this Jura Six Pack Sampler $329. Here’s your gateway to Jura, you be the judge if the jagged and resolute wines of Jura are for you. They're hard to resist with a hunk of Comte and great company. 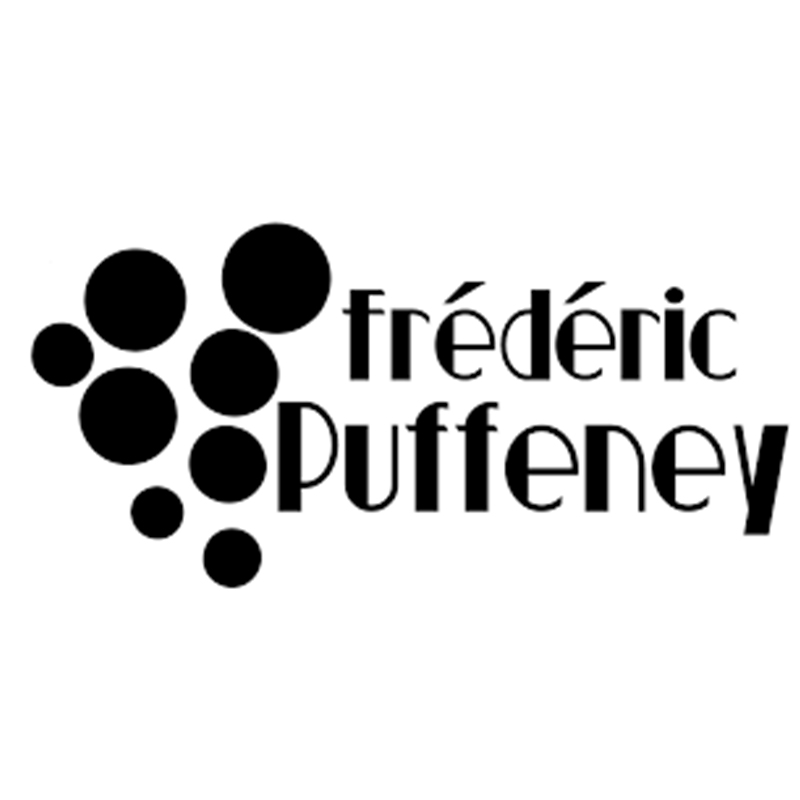